14 New Books to Watch For in May

File Photo
Welcome to May. It’s an especially big month for nonfiction titles، with George Packer’s new book، “Our Man” and Casey Cep’s highly anticipated book about Harper Lee. Fiction lovers، fear not: there’s a crop of intriguing debut novels، a new wartime story from Mohammed Hanif، and the long-awaited return of the writer Binnie Kirshenbaum، the New York Times reported.‘The British Are Coming: The War for America، Lexington to Princeton، 1775-1777،’ by Rick Atkinson (Henry Holt & Co.، May 14) 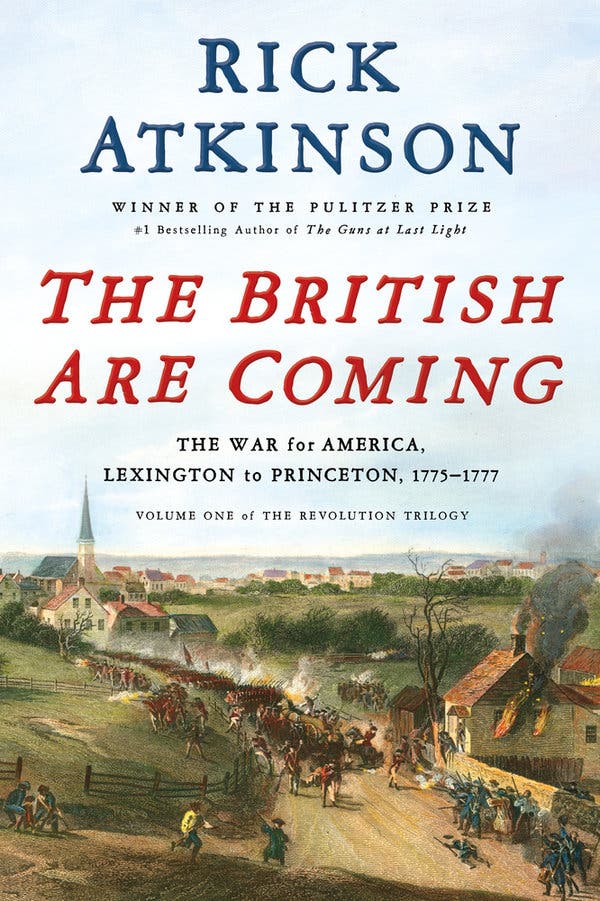 Atkinson، a Pulitzer Prize-winning writer، looks at the roots of American independence in his new project. In this deeply researched book، the first volume in a projected trilogy about the Revolutionary War، he gives both the American and British perspectives. 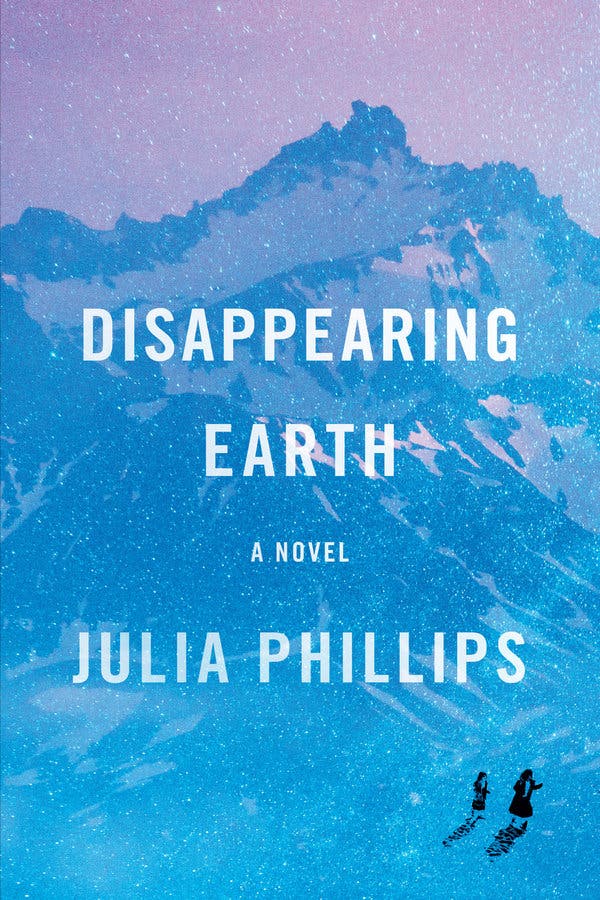 When two sisters go missing on the Kamchatka Peninsula، on the eastern fringes of Russia، the disappearance rattles the region — and particularly، the women. This debut spans a year after the girls vanish، with a focus on characters who are connected by the mystery. 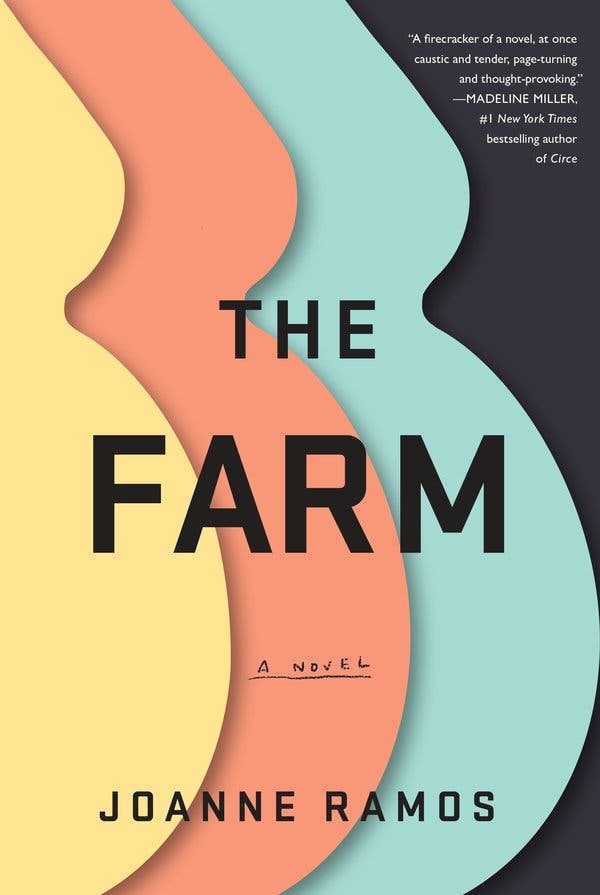 The farm of the title is really a “gestational retreat،” where poor women carry the unborn children of the superrich. For months، the “hosts” are kept on healthy diets، coddled — and watched closely by the Farm and its administrators — all with the promise of a generous bonus at the end. There are strains of “The Handmaid’s Tale” in this debut، which raises questions about class، surrogacy and exploitation.

‘Furious Hours: Murder، Fraud، and the Last Trial of Harper Lee،’ by Casey Cep (Knopf، May 7) 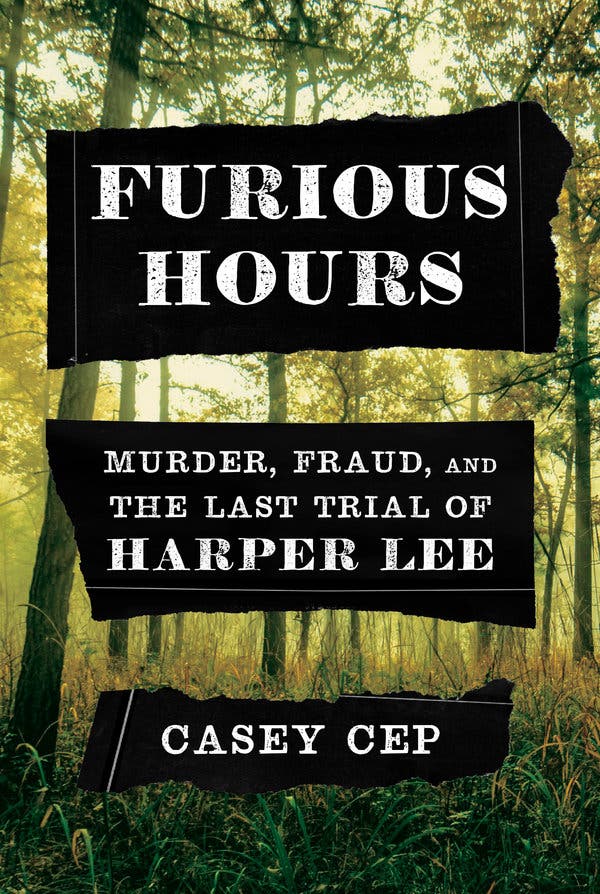 In the years after “To Kill a Mockingbird” was published، Lee was enraptured by a shocking case in the 1970s: a preacher in Alabama accused of killing five people for the insurance money، the family member who eventually shot him dead and the lawyer who successfully defended them both. Lee had helped her friend Truman Capote with his seminal crime book “In Cold Blood،” and thought this case might give her a similar opportunity. But the book never came about. Cep unravels the story، offering new insight into Lee along the way.

‘The Guarded Gate: Bigotry، Eugenics، and the Law That Kept Two Generations of Jews، Italians، and Other European Immigrants Out of America،’ by Daniel Okrent (Scribner، May 7) 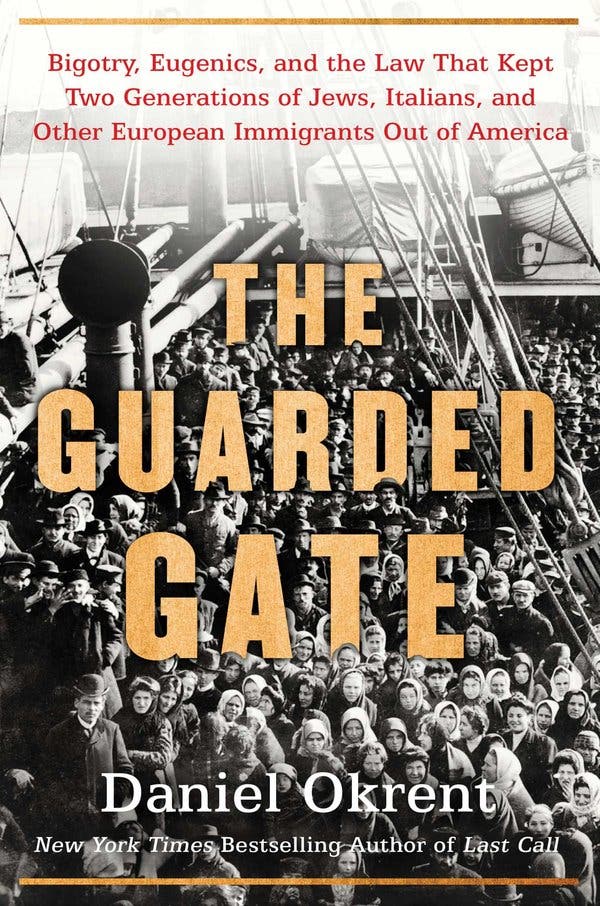 This history examines nativist ideology in the United States starting in the 19th century until legislation that curtailed the immigration of “inferiors” was passed in the 1920s. Along the way، Okrent introduces readers to the swaths of Americans who believed in this point of view. By and large، they were wealthy and elite — and many of them were progressive.

‘The Impeachers: The Trial of Andrew Johnson and the Dream of a Just Nation،' by Brenda Wineapple (Random House، May 21) 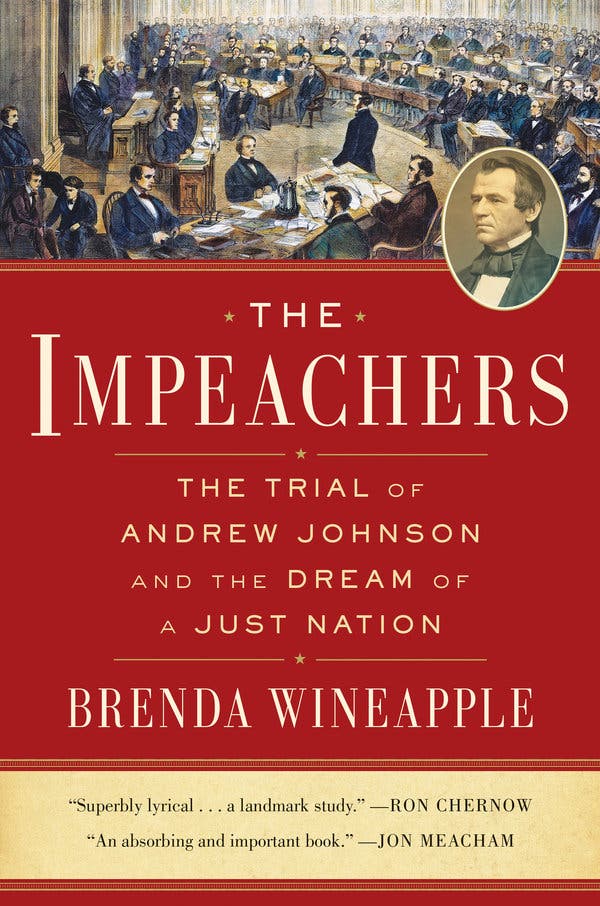 With the question of impeachment more timely than ever، Wineapple turns to the first presidential impeachment، of Johnson in 1868. A noted biographer، Wineapple brings the era and its personalities — Frederick Douglass، Ulysses S. Grant، Thaddeus Stevens — to life.

‘No Visible Bruises: What We Don’t Know About Domestic Violence Can Kill Us،’ by Rachel Louise Snyder (Bloomsbury، May 7) 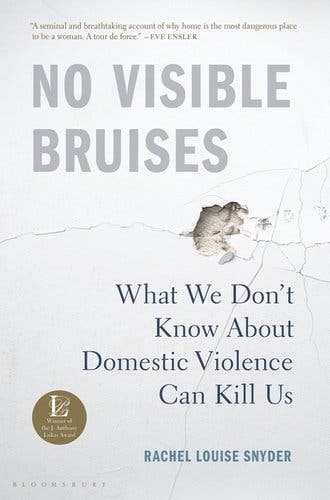 We can’t afford not to be talking about domestic violence. Snyder argues that it has reached epidemic proportions in the country — it accounts for 15 percent of all violent crimes — with devastating effect. She combines her analysis with interviews with survivors، advocates، and occasionally، the perpetrators themselves. 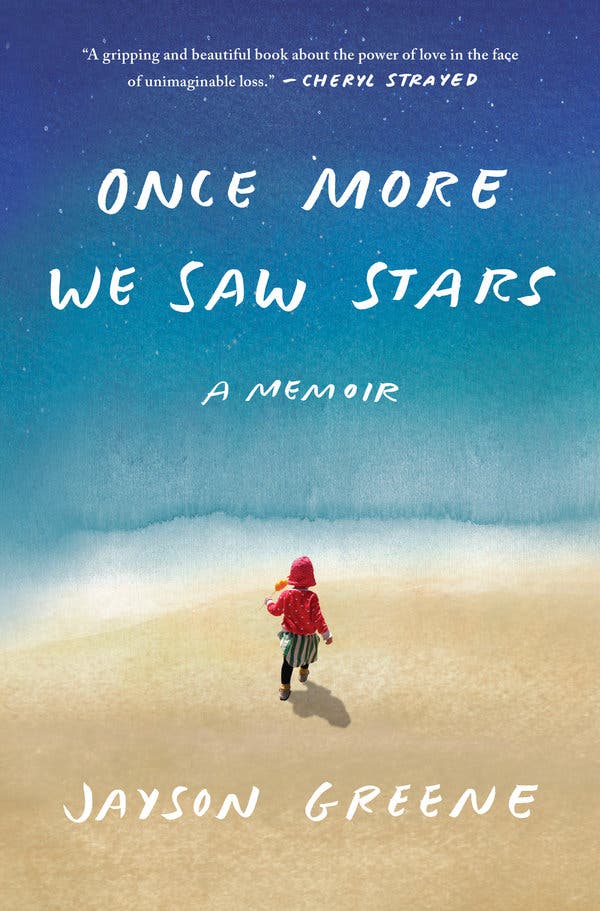 The occasion of Greene’s memoir is heartbreaking: His 2-year-old daughter، Greta، was hit by a falling brick in New York، leaving her brain-dead. (A portion of the book was excerpted in New York last month.) While the book opens with the accident and the Greenes’ torment، there are flashes of hope as the family rebuilds after unimaginable loss.

‘Our Man: Richard Holbrooke and the End of the American Century،’ by George Packer (Knopf، May 7) 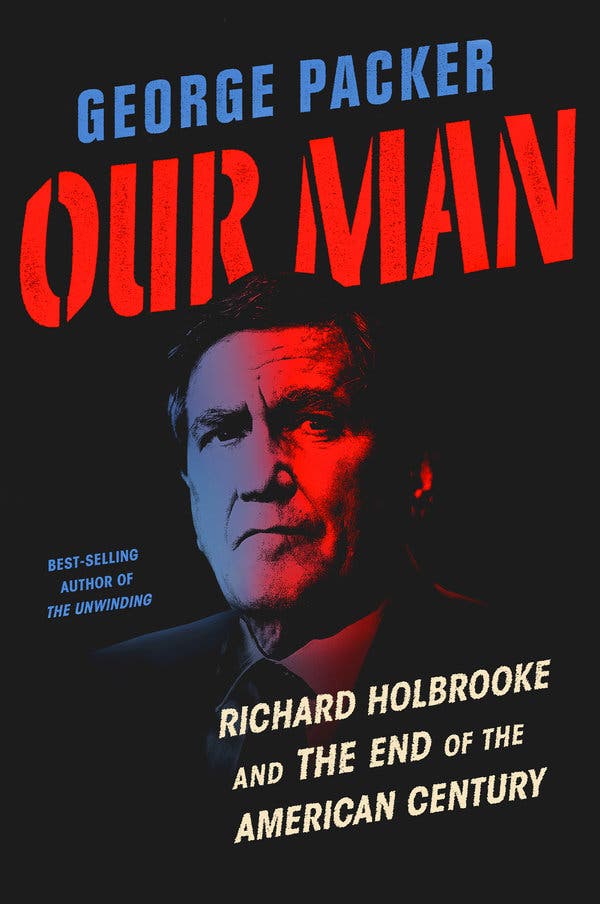 In his new book، Packer، a writer for The Atlantic and the author of “The Unwinding،” delves into the history of Holbrooke، the swaggering، exasperating، larger-than-life diplomat who died in 2010. Going back to Holbrooke’s Vietnam days، Packer follows his career — including its peak، when he negotiated a peace agreement between Bosnians and Serbs during the Clinton administration — and isn’t squeamish about reporting on his affairs and relationships. But the book goes beyond a deep dive into its subject: Readers can learn a lot not only about Holbrooke himself but also about how American foreign policy has so often gone wrong.

‘The Queen: The Forgotten Life Behind an American Myth،' by Josh Levin (Little، Brown and Company، May 21) 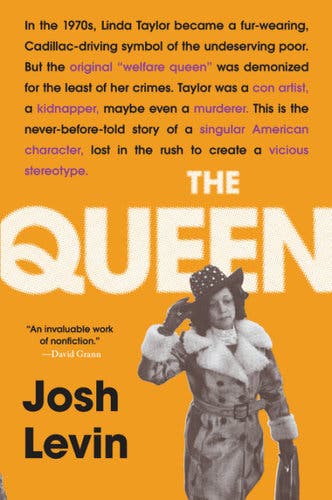 Linda Taylor may be best known as the “welfare queen” Reagan criticized in the 1970s، accused of ripping off the government. But fraud may have been the least of her crimes: Levin uncovers a far darker past including possible kidnappings and murders.

‘Rabbits for Food،’ by Binnie Kirshenbaum (Soho Press، May 7) 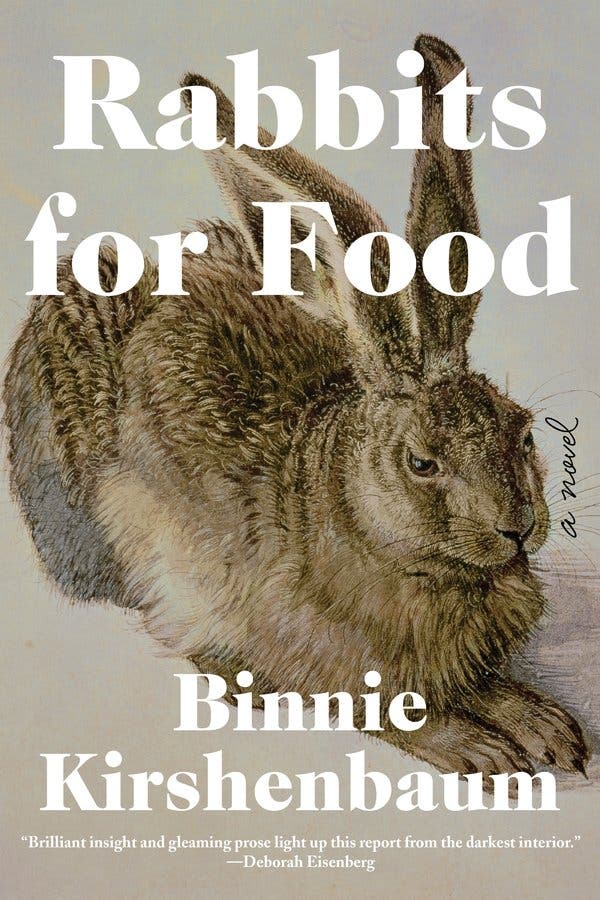 Fans of Kirshenbaum will be delighted to see her first new book in a decade. On New Year’s Eve، a writer has a nervous breakdown that sends her to a New York psych ward. Instead of the treatment her caregivers suggest، the writer watches her fellow patients instead، and begins work on a novel that examines how things got so bad. The book is a bitingly funny، and occasionally heartbreaking، look at mental illness، love and relationships، with Kirshenbaum’s familiar black humor. 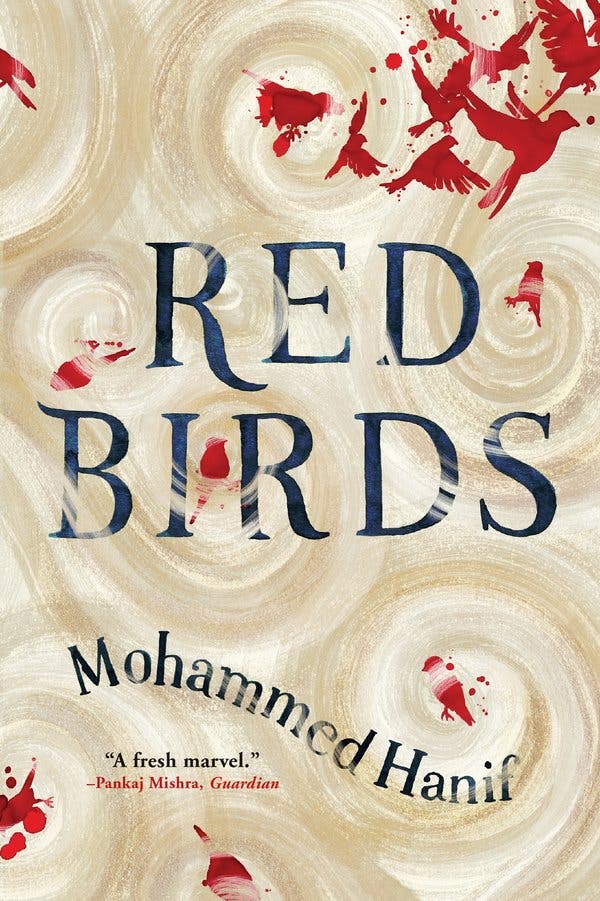 Hanif، the author of “A Case of Exploding Mangoes،” has written a war satire taking aim at the United States’ interventions abroad. After an American pilot crashes in the desert، he winds up taking refuge in the camp he was supposed to bomb. There، he meets Momo، a teenager ambitious and hungry for money-making schemes. That’s not all: His older brother has gone missing، his parents are squabbling and he’s fending off an aid worker who wants to study him for a project called the Teenage Muslim Mind. 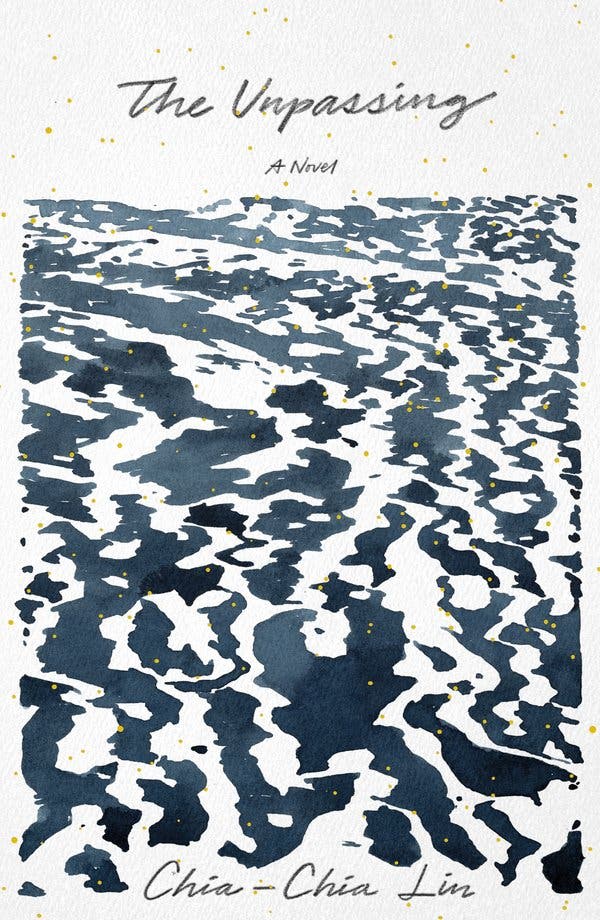 This debut novel follows a Taiwanese immigrant family eking out a life near Anchorage، Alaska. They are no stranger to tragedy: After two of their children fall ill with meningitis، only one survives، and the family struggles to stay close in their grief. Another heartbreak offers clues into the death of their daughter.

‘Upheaval: Turning Points for Nations in Crisis،’ by Jared Diamond (Little، Brown and Company، May 7) 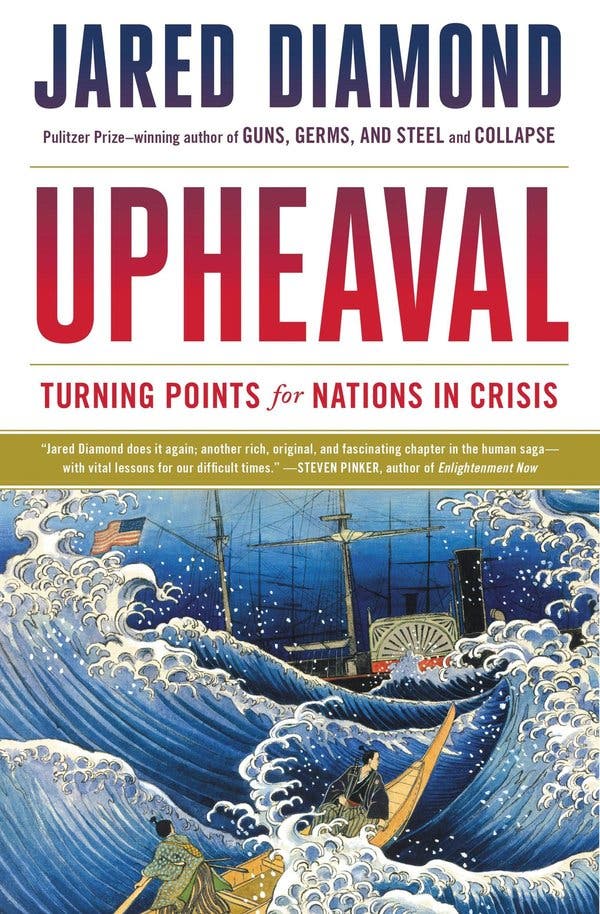 Why are some nations better able to recover from upheavals? Diamond، the Pulitzer Prize-winning author of “Guns، Germs، and Steel،” looks at how six countries responded to recent upsets، and assesses whether the world is prepared to grapple with the crises it faces now.